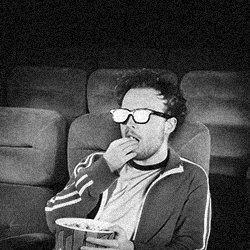 Liverpool born Singer/Songwriter Ali is the newest addition to the Murmur team, as our in-house videographer and editor he is quickly gaining a varied knowledge of qualitative research. He became a filmmaker through writing and directing his own music videos and after working on projects with such artists as Carmody, Clean Cut Kid and Yarbo… he began to develop a great love for the moving image.
In his music career Ali has released 3 critically acclaimed EP’s and performed throughout the UK and overseas. In 2012 he was voted Liverpool Male artist of the year at the Liverpool Music Awards and went on to sign a recording deal with music Industry Legend Guy Holmes. After learning and developing his own skills Ali decided to go it alone and became a self sufficient artist. He has worked with and written for many successful and emerging performers such as Luke Cusato, Strange Talk and more recently Travis, having Co written the final track on their 2016 album ‘Everything At Once’. In 2014 he was lucky enough to work with his hero singer/songwriter David Gray, who gave him some words of advice that Ali claims has inspired him to keep moving forward.